We anxiously await for the Pony age division season to begin on April 2nd and the Pinto season starts on April 11th.  Good Luck to all of our teams – our talented and dedicated coaches, hard working players and committed ‘ohana!  We’ll see you at the field! 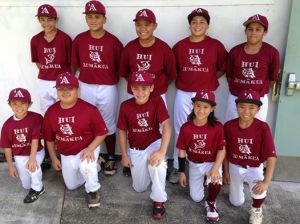 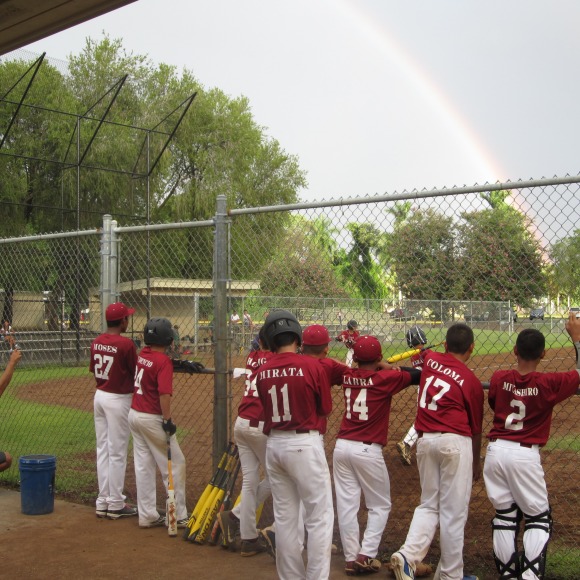 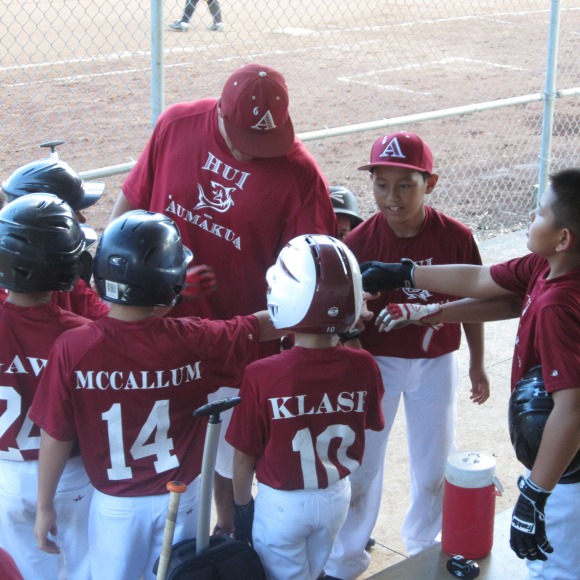 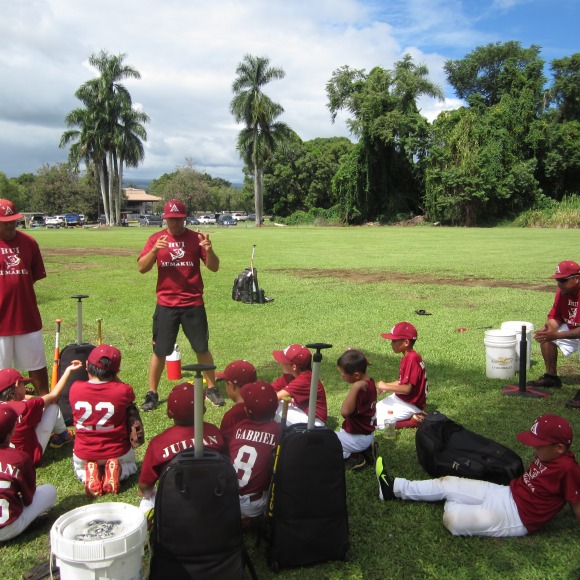 E komo mai!  We are back for the Hilo Pony 2014 Winter League games starting from October 18th through December 21st.  Games will be held every Saturday, please see the schedules below for our Mustang, Bronco & Pony divisions, we’ll see you at the field!

The 15th Annual Kona PONY Baseball Memorial Day Tournament, will be held on May 24, 25, and 26 2014 at the Old Kona Airport fields.  We will have teams participating in the Pinto, Mustang, and Bronco divisions.  Invite all your family & friends to come and support our keiki. E hana pūalu kakōu! TOGETHER, WE CAN!

Opening ceremonies for the first game of the 2014 PONY baseball season will be on Saturday, February 22nd for Bronco and Mustang Divisions with games running through Sunday, April 27th for the first round.  Second round elimination starts on May 3rd.  Come down and support your Hui players and Coaches! 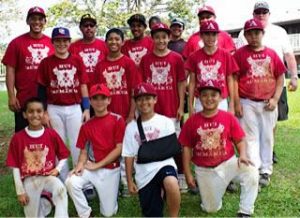 It was an exciting weekend of baseball for our Bronco players, coaches, and parents!  The weather was great which led to some great games!  Our Hui Broncos opened up pool play against two of the the top teams on the island.  Hui held the lead in the first game until the last inning when Waiākea Uka plated the winning run on a past ball to take game 1!  Saturday afternoon featured our Broncos against RBI Red which hasn’t lost a game all winter!  They were up for the challenge but the RBI bats just was too much in the end as they pulled away for the victory!  Sunday morning was the start of the championship round!  After all the seeding was done,  our Hui boys played the #2 seed from the blue bracket which was an undefeated H.I.A.!  From the start, Hui came out pumped up and proved to be too much for H.I.A. and ran away with the victory 8-1, eliminating H.I.A. and advancing to the semi-finals!  Waiting in the wings was RBI Red!  You remember that old sports analogy, “You wanna be the best, you got to beat the best”, well boys, go get um, and that they did!  They gave RBI everything they had!  Right out the gate, they scored 2 runs in the first, and stretched the lead to 7-2 by the third!  Our boys were playing with a lot of confidence out there!  Then, slowly RBI showed their will and determination as they capitalized on a few defensive errors by the Hui and took the lead at 8-7!  But that didn’t keep our boys from fighting till the end as the game ended in a time limit after 6 innings 11-7!  It was a loss on the scoreboard, but a moral victory for our boys as they took another step in the right direction!  We are very proud of you boys for a great showing and coaches for teaching these boys how to be great young men on and off the field!

Our Hui ‘Aumākua Bronco’s came out on fire in the opening game of the tournament with an 11 run explosion in the bottom of the 1st inning to put the game out of reach and coming away with a winning TKO over RBI (Black) 13-3!  Great job!   Our next contest featured a strong Waiakea Uka team against our determined Hui boys.  Riding high off our win on Thursday, Uka’s pitching kept our bats in check as we could only plate two runs losing 9-2!  Our next opponent was Kona Crush.  A must win for both sides to stay alive, we came out firing jumping out to a 3-1 lead!  The score remained that way until the 5th inning when we traded runs with Crush and still held a 5-2 lead.  In the 6th inning, we gave up three unearned runs that turned the game into a nail biter! With one more at bat in the 7th, our bats just couldn’t muster that one run, while Crush scored the game winner in the bottom of the 7th!  Our Hui boys battled until the end, and we are very proud of their showing.  This was their first tournament together and the future looks great for our Hui Broncos!  Keep your heads up and keep practicing hard.  Team work!  E Hana Pūalu Kākou!  Together, we can! 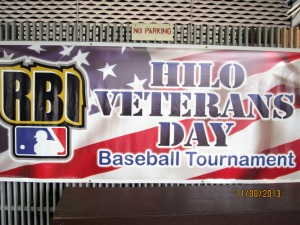 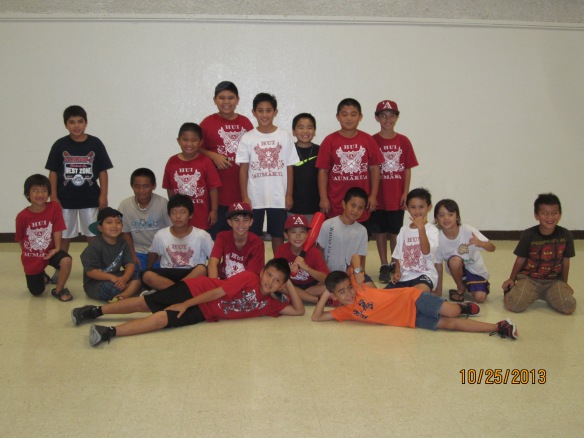 Hui ‘Aumākua would like to thank our families, friends & many supporters who contributed to the success of our 2013 Plate Sale Fundraiser.  The food was ONO & we’ve already had requests for “Hana hou!”  Thank you for your kokua, this was a great opportunity for ‘ohana & friends to come together for the benefit of our Hui Aumākua keiki!  We are blessed by your ongoing support! 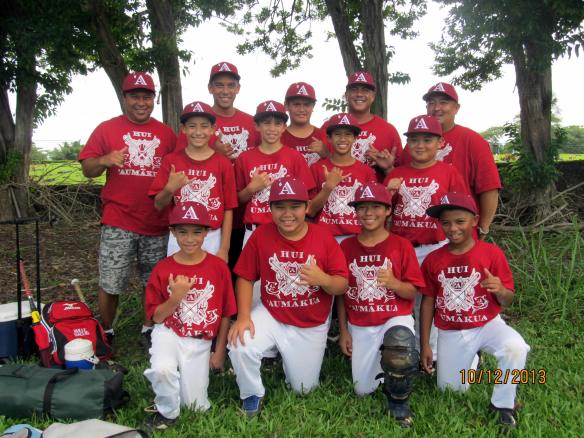 Our Hui ‘Aumākua Bronco team played their first Winter League game on Saturday October 12th and demonstrated all the qualities of a great team!  We are very proud of the “big brothers” in our Hui!  Thank you players, coaches and parents, have a GREAT season!  We know that you’ll represent us well!  Ho’omaika’i! 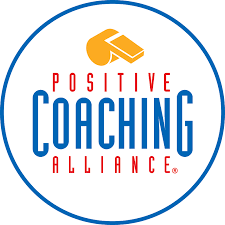